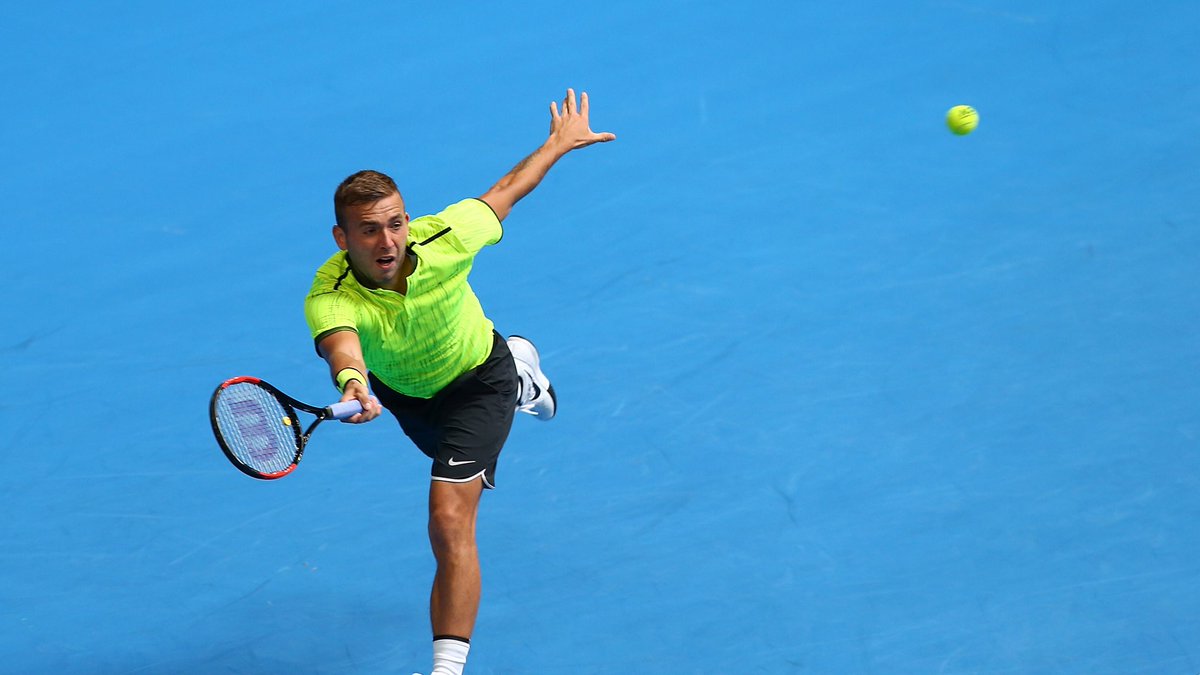 Dan Evans has been described by the Telegraph as “the most egregious* wasted talent in British tennis” (egregious = outstandingly bad).  After being known mostly for racquet bashing and complaining and being a hot head who’s throwing away matches, he’s suddenly come into his own and played some really solid tennis. The 26-year-old is currently ranked #67 in the world and he’s playing Facundo Bagnis in the first round of the Australian Open. You can check out the draw here.

Recently Evans might have played the match of his career when he beat World Number #8, Dominic Thiem, in three sets in the ATP 250 in Sydney so he seems to be in good shape for the first slam of the year.

in 18×20 string pattern. My guess he is using a hybrid setup with Wilson natural gu

There is a lot of users of the Wilson Six One 95 series on tour, so many that it probably deserves its own article. Del Potro, Kohlschreiber, and many, many more. It’s simply a great racquet if you can handle the weight (around 330 grams unstrung). I’ve used it myself in pretty much every iteration since the Wilson nCode Six-One 95 and it’s always been a favourite. Hi Adam,
Thanks! Dan has a good taste in racquets, the nCode is my favorite Six One 95. Similar combo to Kyle Edmund for the strings!