The Adidas Roland Garros Y3 Collection is revealed and it looks like a zebra. Nike usually plays it 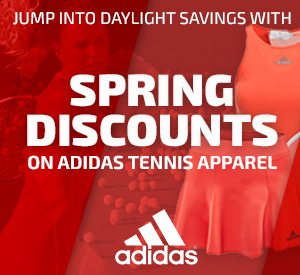 quite safe during the grand slams (giving Dimitrov a sleeveless shirt for the Australian Open was maybe not safe, just not thought through properly) but Adidas is trying a different approach for this French Open. Maybe they were inspired by H&M who got a lot of publicity for their Berdych gear that went everywhere from 70’s LSD flashback to just plain “WHY?”.

The Adidas marketing team calls the zebra approach “make your mark” which I’m sure the players will. I’m also pretty sure they prefer to do it with results however, not by mimicking wild animals on the savannah.

The design of the Adidas Roland Garros Y3 Collection

is definitely avant-garde enough to lift a few eyebrows. What do you think of it? Will it make a mark? Please comment below you fashion-savvy tennis nerds…