Home Odds Is Andreescu Ready To Assume The Throne?
OddsPredictions 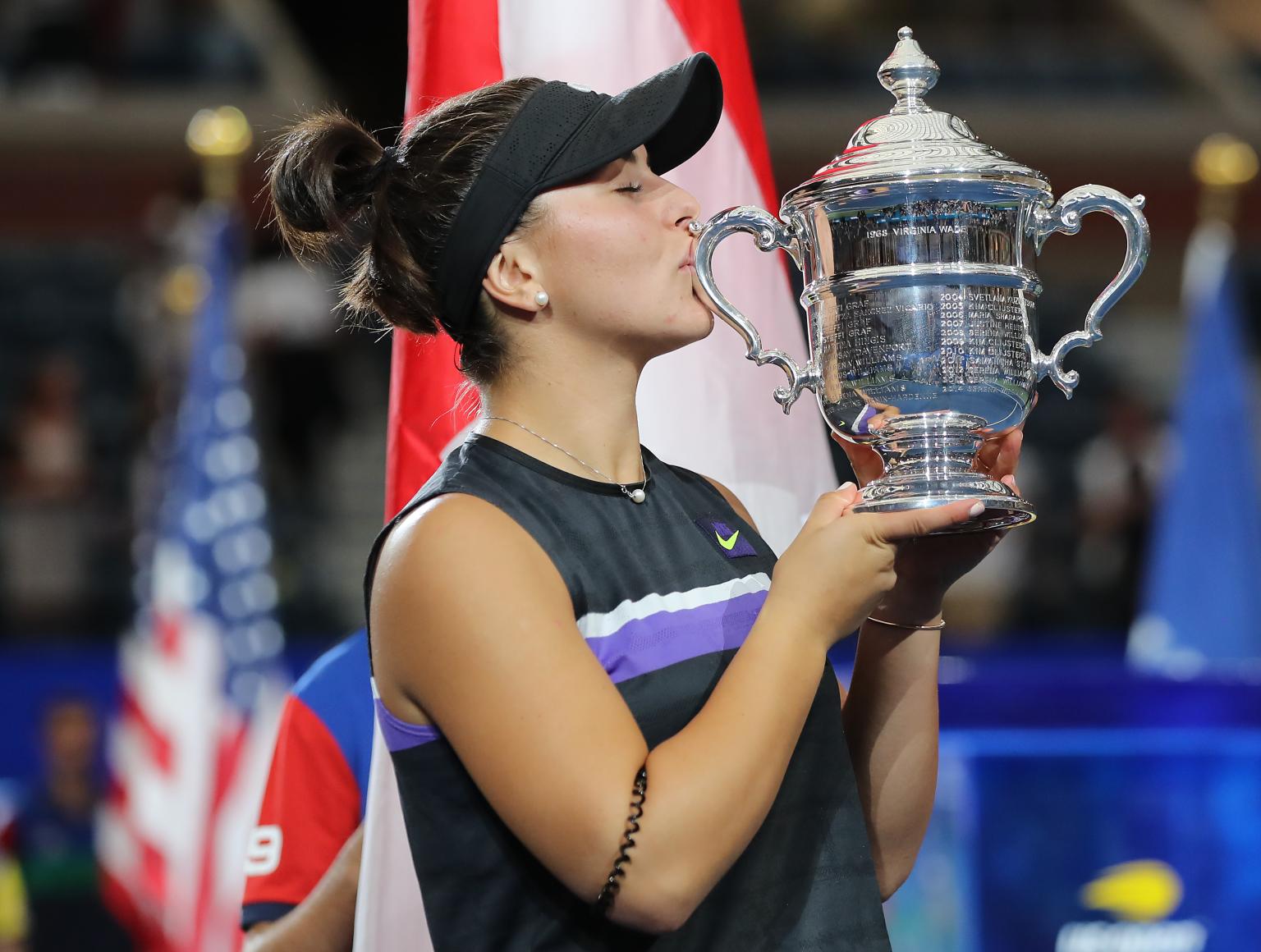 Unless you are a die-hard tennis fan or a sports fan from Canada, you had probably never heard of Bianca Andreescu. Is Andreescu ready to assume the throne?

How many other teenage tennis stars can say that they captured a championship victory over Serena Williams, arguably the greatest female tennis player in the history of the game. The question is now if Andreescu can build from this impressive US Open title and capture the top spot in the rankings.

At the 2019 Rogers Cup on her home turf, Andreescu became the first Canadian to win the tournament since 1969. Throw in her Indian Wells championship and it is easy to see how the Mississauga, Ontario native catapulted from being ranked 178th at the end of 2018 to her current position within the top five in the WTA.

Is Andreescu Ready to Assume the Throne? There is no better way to make a name for yourself than by defeating the best of the best, which is exactly what Andreescu has done since the beginning of January. Twice she has beaten Caroline Wozniacki (19th) and also tagged victories over such names as Venus Williams (5x Wimbledon, 2x US Open champion), Angelique Kerber (14th), Kiki Bertens (7th) and Karolina Pliskova (3rd).

Even at a young age, Andreescu possesses one of the more powerful forehand swings on the circuit. Wozniacki compared the talented teenager to the former number one ranked WTA, Kim Clejister, who dominated games with her aggressive offensive attack and her stellar defensive positioning.

Canadian Tennis on the Rise

With Canadian tennis on the rise in both the women’s and men’s rankings, led by Milos Raonic, Dennis Shapovalov and Felix Auger-Aliassime, the one who has the attention of the tennis world is Andreescu. Another place that has taken notice of the rising star is Las Vegas who at the beginning of the tournament had her among the favorites to compete for the title. If you are eager to try your luck betting on tennis, take advantage of a special offer from Bethard, who will kick in a bonus to all new customers during their first week of betting. While Williams, a six-time US Open champion, was the odds on favorite at +350 (according to Oddsshark) to win this year’s championship at the start of the event, Andreescu entered the tournament tied for fifth at +1400. After her US Open title, Andreescu is now at number 5 in the rankings. Can she maintain her positive trajectory and take the number one position? And will Serena Williams ever get her 24th Grand Slam title after her fourth straight defeat in a Grand Slam final? Lots of interesting questions to answer for the end of 2019 and the start of 2020.

My response is a conditional “yes.” Conditional because women’s tennis at the top is so fluid and it’s rare for anyone to hold #1 very long, or even stay in the top five for more than three or four years.

I discovered Bibi early in the season, randomly, when WTA tennis was on the telly at my favorite local lunch spot. I’ll have to back-track to figure out which tourney it was, but it was early hardcourt season not long after the AO.

I saw her fire and intensity and how when she was upside-down in a game (0-30, 15-40, &c) she attacked even harder. Plus, she seemed bubbly and friendly and you could tell the crowd liked her.

I found her twitter account and started to follow her immediately, and kept up with her as much as I could during the season. When she won Indian Wells it just backed up what I knew from the get-go. Miss B can freaking *play* and a big part of that is guts, which she has in spades.

And, personally, as a fan—but not tennis related, mind you—I liked that she’s still a “lady”; pearl earrings on the court, cute smile, and as mentioned, bubbly and friendly.

Of course, being a champion player is what counts, and now she’s certainly earned that title. (I’ve always felt the US Open was the greatest of the Slams and the hardest to win, so double bonus points to Bianca for winning this particular event.)

I noticed her in 2018 but she really caught my attention with her performance in the warm-ups to the AO this year. But it’s really hard to tell – remember that a few years ago nobody less than Navratilova said during a Bouchard match, “we’re looking at the future of women’s tennis.” So far that hasn’t quite panned out. A couple of years ago there were predictions of a big future for Ostapenko – which might of course still bear fruit.

“The Throne” implies holding number one. Andreescu definitely could, but there are challenges:
(1) her health – she missed much of 2019 with injuries, and as she said, in her short career she has already had debilitating back injuries. She’ll need to stay fit to get to, and hold on to, #1.
(2) mental consistency – when she is focused she can break almost anyone, but she has obvious lapses in concentration causing her to lose games unnecessarily. One of the reasons that she was so beat up after Indian Wells was that she played mostly 3 setters, seemingly needing scoreboard pressure to get down to business. Over the fortnight of a major tournament that adds up to excess court time.
(3) the competition – there are a lot of impressive young up and comers, especially at this time from the USA – Anisimova, Kenin, Gauff, McNally, Osuigwe, Townsend not to mention the injured Day and Bellis (who were rising rapidly before their injuries), and that’s not counting the mid-career Collins, Stephens and Keys, before citing Venus and Serena. Whew!
Elsewhere, Vondrousova, Yastremska, Swiatek, Potapova, Wang, Rybakina not to mention Osaka & Sabalenka who are still a nextgen age 21, etc.
Don’t forget that Bencic and Kasatkina are only 22, and Barty just 23. The point being, they all have time to develop further and up their games.