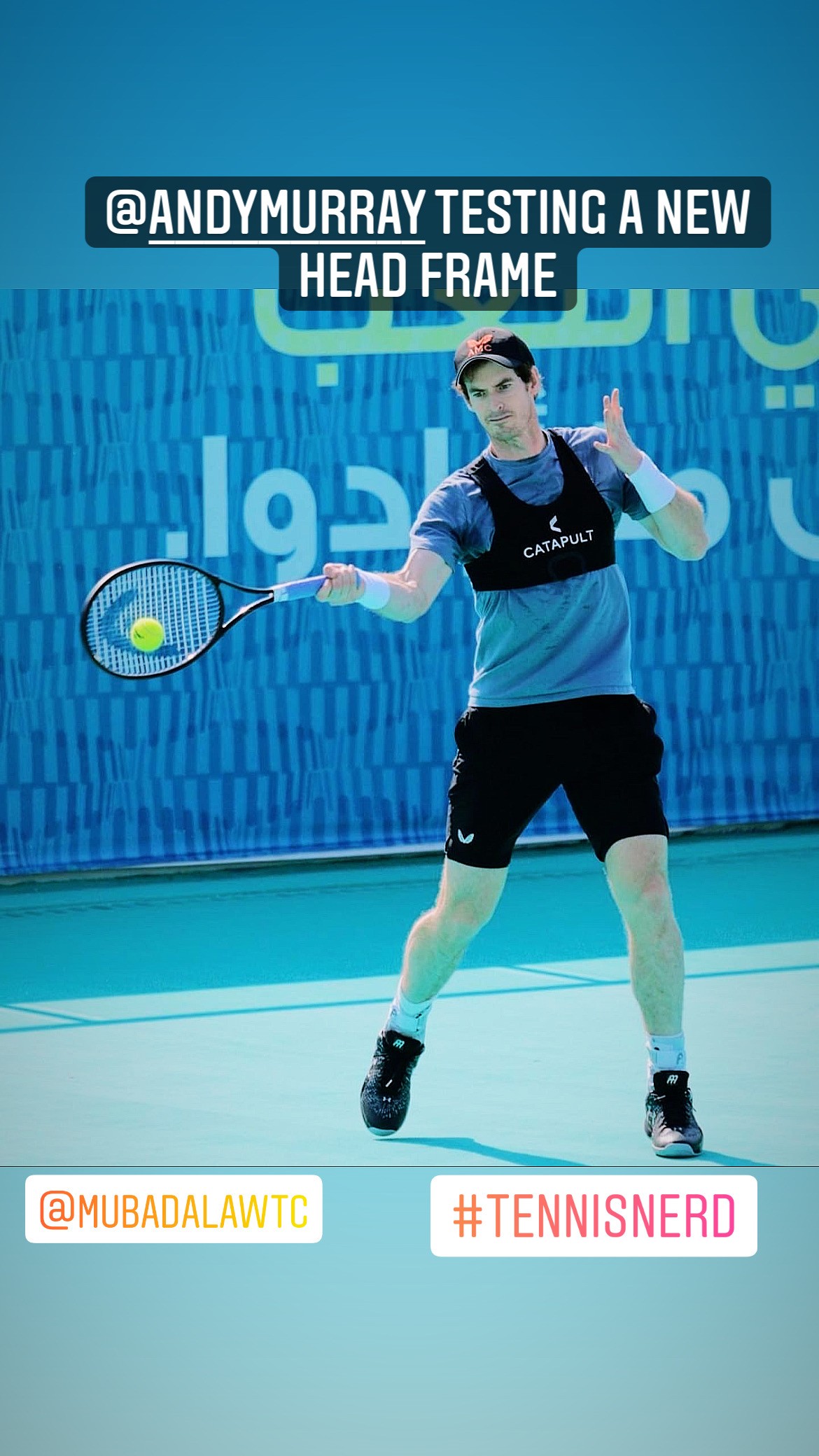 I’ve written many times about Murray’s racquets and even suggested that it might be time to look for something new. Andy seems to be a cool guy and a real tennis nerd and I hope he can keep building on towards coming back to the top level That’s why I’m happy to see him testing a new racquet again.

Murray has been seen swinging a blacked-out HEAD frame in Mubadala in Abu Dhabi. Is it his standard old PT57A? Well, according to HEAD pro stock specialist Dr325i on the Tennis Warehouse forums, it’s a HEAD Prestige MP L 2021 mold with a PT57A layup (in HEAD pro stock lingo it’s called a PT334.1). The mold is the racquet structure and the layup is what is inside the racquet. And the Prestige MP/MP L mold is 99 sq inches, which means he is trying to get more forgiveness, power and spin from his racquet, but retain some of that plush, old-school feel from the PT57A. Interesting!

Well, if you’re reading/watching Tennisnerd, I’m sure we’re on the same page here – it definitely can! To get a pro to switch to a new model that he/she has played with for almost their entire career does require a herculean effort though. All that muscle memory, confidence, millions of shots together with one racquet. Changing it is like replacing your arm for a bionic one. But…there have been succcessful racquet switches in the past. Just look at Roger switching to the RF97A and Rublev making the switch from the Six One 95 to the Gravity Pro.

Can this switch reignite Murray’s career? Why not? He was playing well already towards the end of last year and his hip doesn’t seem to bother him anymore. Let’s hope he can make a strong push towards the top of the game once again!