What is Tiafoe’s new racquet? 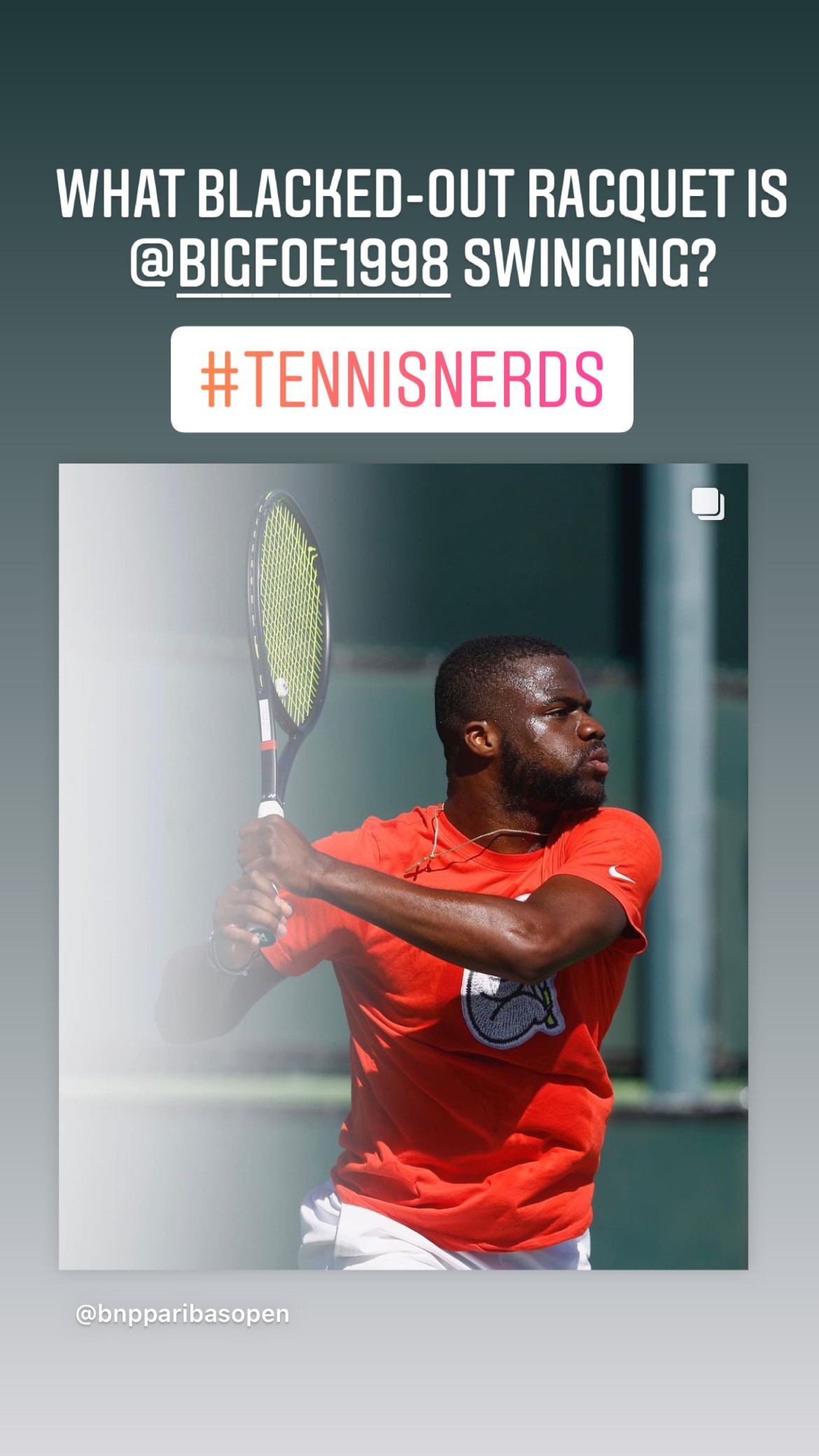 Pictures are being posted from the practice courts of Indian Wells. One pic raised my eyebrows…what is Tiafoe’s new racquet?

Frances Tiafoe has been playing with a Yonex VCORE Duel G 97 for a long time. You can read more about his racquet setup here: Tiafoe’s racquet. In Indian Wells he has been seen practising with a blacked-out racquet that looks like a VCORE Pro in its profile (from pics) and has a Yonex butt cap. But if it’s a Yonex VCORE Pro (click here for my review of the latest edition), why is it blacked-out? What is Tiafoe’s new racquet?

If anyone has any educated guesses or solid info, please put your thoughts in the comments below. It would make sense for him to switch in a way, as he has been stringing his 16×20 Duel G like a 16×19. All new Yonex VCORE Pro 97 racquets are 16×19, so it’s a sensible switch. On the other hand, the feel is a bit different and if there is one thing pro players are picky about, it’s the feel when you strike the ball.

Is it just a test or something permanent?

Like with all things tennis gear, a blacked-out frame can mean he is just testing something new that is not yet painted as a retail frame. Murray did it for a while with his Prestige MP L, but as I talk about in my recent mixed bag vlog, he is back to his old Radical for the BNP Paribas Open in Indian Wells.

Blacked-out frames is usually a sign of an experiment that might turn permanent or just fade away to the old racquets. We will see what is the case for Tiafoe. Shapovalov never blacked-out his Ezone 98, but went straight for the new paint and everything. We will see if he stays with his current racquet.

If you see anything else interesting around the Indian Wells practice courts, let me know!

Hey Jonas
Do You know what racquet wawrinka used when he was with HEAD?
Thank you

Altan, it was whatever Prestige was 95 head size, 16×19 pattern. Prestige Pro I think.